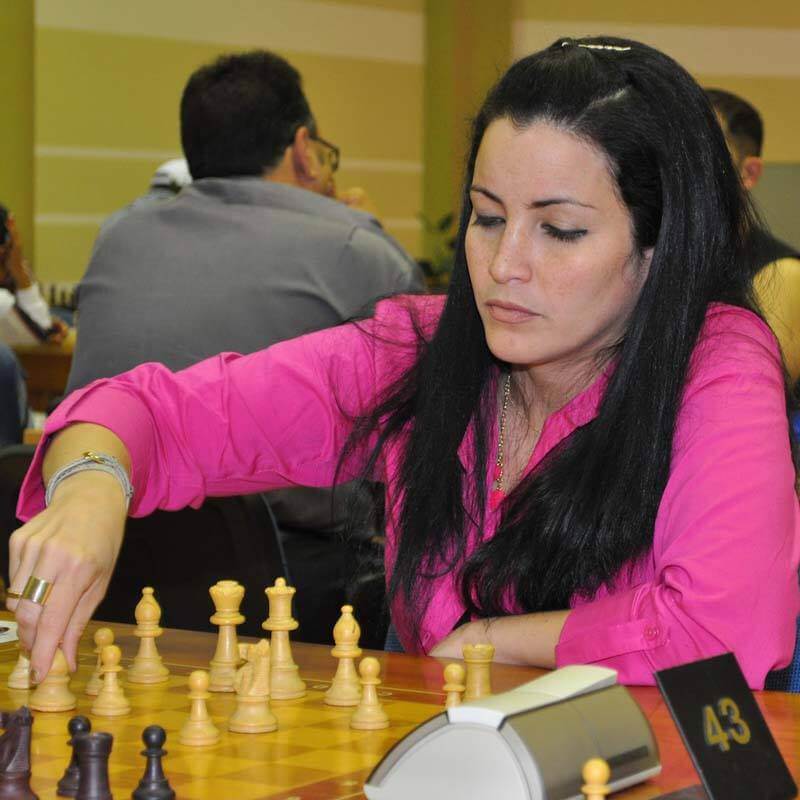 Dr. Carolina learned how to play chess at the age of 5 and started to compete in National and International chess tournaments at the age of 7. She has played in the high competitive chess since her childhood. Her Venezuelan National Rating peak was 2230 points and her International F.I.D.E Rating peak was 2192 points being awarded multiple times in the top positions in National and International Championships at all ages from the scholastic level until the Adult Master level. These events include: Chess Olympiads, Zonals, Open events, Pan-American, Center-American, World Cadet, Youth and World Juniors and Girls championships. She was a member for more than 10 years of the National Chess team representing her native Country Venezuela in more than 35 countries around the world. 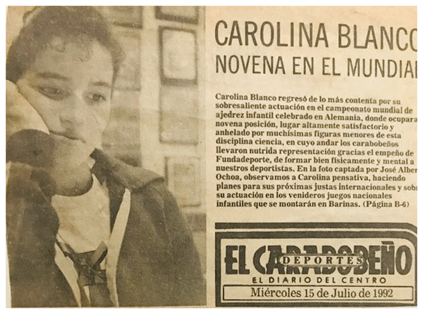 Carolina after returning from the World youth and which she reached the 9th place at the U12 category in 1992 in Germany among more than 60 participants from more than 50 countries around the world. 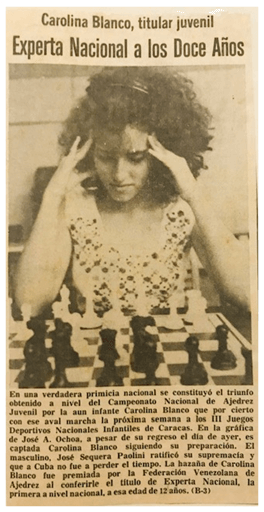 Carolina at age 12 got a Unique record of Becoming National Champion of Venezuela in the same year of 3 categories of female ages U12, U16 and Adults. That year, she became a National Master at that young age. 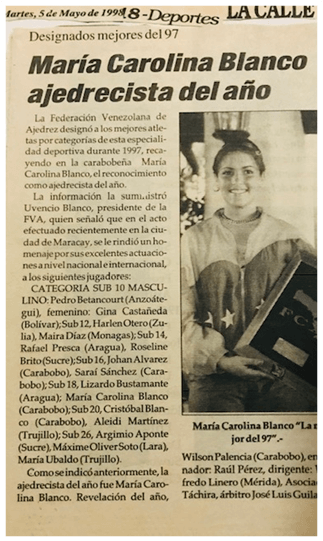 Carolina was several times the Venezuelan chess player of the year by the Federations and multiple institutions including in the one she graduated in her primary, secondary and University, for her sporting achievements. The photo shows Carolina with her award of Pan American Chess Champion in Brazil at the age of 17.

Dr. Carolina likes to share her learning experience obtained over the years with her students and the children in general which represent the future generation and also to contribute to the development of their Intellectual and cultural skills using the game of chess.

It has been proven in multiple studies that playing and studying chess, Improves the critical thinking process and provides multiple benefits for the brain to excel in life, sports and the academic field

Teaching Chess Across the United States

Dr. Carolina resides in Atlanta, GA for more than 10 years. Since then She has taught over 5000 students in multiple elementary schools across the State of Georgia and the United States.